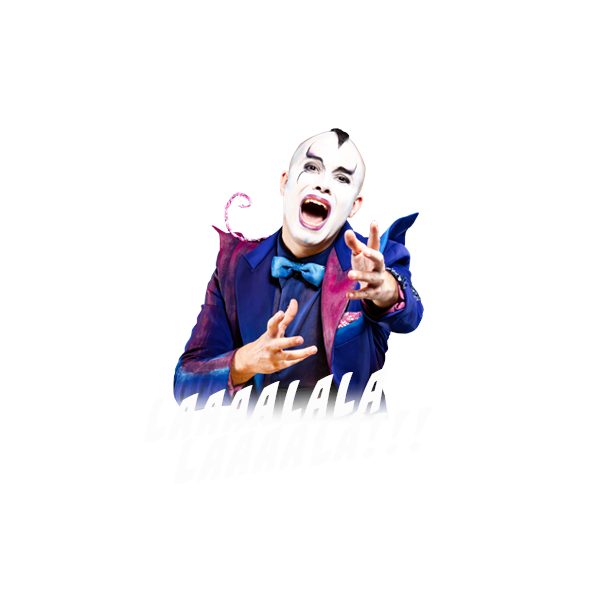 An International Opera Comedy show for all ages.
A battle of egos, full of fun and opera.

An unusual troupe of five eccentric opera singers are about to perform a repertoire of the greatest composers of their genre. Throughout the show they each reveal to us their hidden passions and desires that will bring unpredictable and hilarious consequences. It will be a night to remember!

The Opera Locos is a comic opera show where five exceptional lyrical singers perform some of the most well-known opera hits sometimes combined in a clever and original way with rock and pop classics.

The Opera Locos wants to push opera closer to a general audience in a new, fresh and original way with high standards in technique and overall artistic discipline. The show integrates a variety of opera numbers with Yllana’s physical comedy style to create a truly spectacular experience for audiences of all ages.